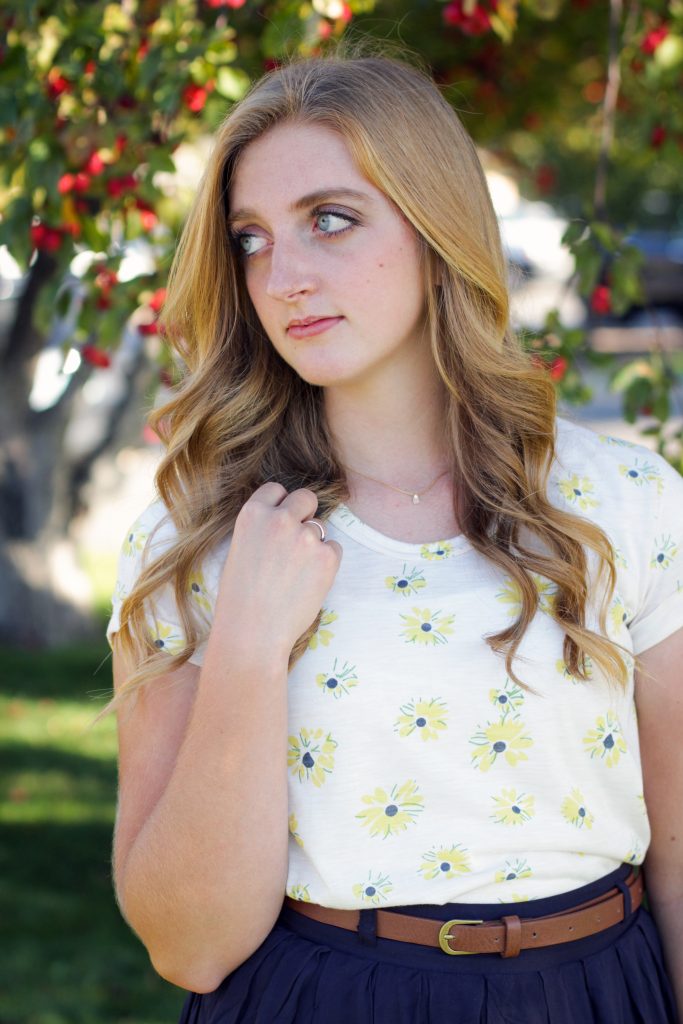 Mae Swainston is the events director for Aggie Radio for the 2018-19 school year. She first got involved in Spring 2018 after she volunteered at a venue that was hosting an Aggie Radio event. Isaac Morales, the previous events director, told her more about Aggie Radio and Mae started to attend their meetings.

Mae does a lot for Aggie Radio including planning and executing events, such as the Big Agg Show the first week of August and Logan City limits in the spring, helping other organizations and the university book musicians for their events, and helping local musicians and bands. Mae’s goal for her time with Aggie Radio is to “make our events more accessible, get the community more involved and help grow the local music scene”.

Originally from Preston, ID, Mae enjoys playing the guitar, making music, hiking, camping, and just being outside in general. She is a junior majoring in parks and recreation while minoring in music and technical sales management. After Mae graduates she plans to open her own music venue or become a touring band manager. The one thing that she will continue to do after graduation is “make music, of course”.

Mae was nominated by the Student Media advisers, Cimaron Neugebauer and Nathan Laursen, for her amazing work with the Big Agg show on August 30th. Cimaron said, “Mae put in a significant amount of time and work into recently planning the Big Agg Show and helping schedule and coordinate with with bands. She has also gone above and beyond by helping market or sell the event by personally posting on social media about the event. She works hard and is positive to work with.”

Daniel Hansen, Aggie Radio’s Station Manager, had this to say about Mae: “She works incredibly hard and is very knowledgeable concerning her field of work. She’s often willing to put the needs of Aggie Radio ahead of her own life, sometimes to a fault. And she does well to listen to the input of other people and implement it if possible, but is also capable of holding true to her vision of things and politely rejecting decisions that would not work toward achieving that vision.”

We are so lucky to have Mae working with us and appreciate all she does.