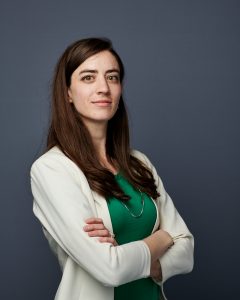 Lisa Christensen is a former features writer, copy editor, and diversions senior writer (which was, in Lisa’s words, is “a brief Friday-only subsection of the features section devoted to entertainment and weekend activities”) for The Utah Statesman from 2006 to 2009.

Currently, she works as a copywriter for a marketing and PR agency, and is planning to go back to school for a graduate degree in writing. However, Lisa fondly looks back at her time with

Utah State where she graduated with a double-major in journalism and music, “something I truthfully wouldn’t recommend to anyone, but it was valuable to me, and it was something that I don’t think I would have gotten anywhere else.”

Lisa had many opportunities at Utah State that helped her not only later in her career but helped her grow personally too.

“I think there’s a real sense at Utah State that education is what you make of it, and I feel like I got a tremendous amount of my education . . .  I took a criminology class I loved and ended up doing some amazing research for it that I was later able to present at an academic conference, and which USU helped pay for and support, even though it wasn’t part of my majors. I knew other people who have had and are currently having those experiences, too. USU is a place that offers opportunities, and encourages you to embrace them.”

After graduating Lisa wrote for a newspaper for five years and then wrote/edited for a magazine for three. While there is always a difference between the classroom and career field, Lisa feels her time at Student Media helped her prepare.

“One of the amazing things about being in Student Media that I didn’t realize until I was in the job field was the incredible amount of freedom we were given, and the wise oversight to nudge us down the right path. With all due respect to the academic program, when I got my first real reporting job, I realized a lot of the skills I was utilizing came from the Statesman, not the classroom.” 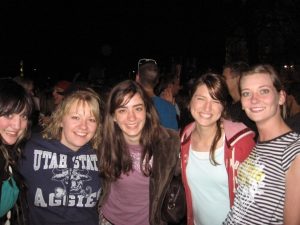 While Student Media continues to try to have this feeling in our work environment, many things have changed since Lisa’s time here.

“The old vanguard is gone from Student Media, replaced by very worthy successors, but it’s strange to think about, because I knew some of them when they were still students and it’s hard to realize that the people I knew have graduated in the metaphorical sense of the word as well as the literal. More broadly, I think there’s some real cultural change in reaction to current events, and it’s really encouraging to see that Student Media is doing a great job at breaking and covering it every step of the way.”

We appreciate Lisa’s compliment, and her advice given to us and future members of Student Media.

“When I was at USU, it felt there was a vague sense of competition or isolation between the branches of Student Media, as well as the communications department in general. I’ve had the chance now to work in about every facet of journalism and communications, though, and if there’s one thing I’ve learned it’s that we all need each other. Communications is an ecosystem. Although we each have our roles, we can become better at them by learning and doing parts of the other roles within that ecosystem. Print, digital, broadcast, PR—the age of choosing one part of communications is over. Not experiencing or at least understanding each part is only going to hurt your abilities and career.”