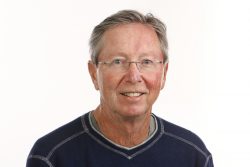 Greg Hansen was involved with The Utah Statesman from 1968 to 1971.  He started as a Student Life reporter before becoming Sports Editor his sophomore and junior year. During his senior year he was Editor-in-Chief before leaving for a full time job with Desert News in Salt Lake City.

One of Hansen’s most memorable times with Student Media was when he had to interview members of the Wichita State football team after they lost 40 players, staff, and administrators in a plane crash.

“In my first week or two on the sports staff, I was in the office on a Friday afternoon when we learned the Aggies’ football opponent the next day, Wichita State, was involved in a horrifying plane crash on its flight to Logan,” Hansen said. “Wichita State took two planes; one of them crashed and about 40 players, staff and administrators were killed in the Rockies outside of Denver. It was the worst scenario possible. The surviving players and coaches were staying at the Baugh Motel, in total grief. I was assigned to knock on their motel room doors and interview as many as I could. Needless to say, it was the toughest assignment I’ve ever had in journalism. A day later, USU coach Chuck Mills and his players and a handful of fans gathered at Romney Stadium to pay tribute to those who had been killed.”

“That was the biggest stage in college basketball and the Aggies were competitive, trailing by just five at halftime,” Hansen said. “Covering USU basketball games at the old Nelson Fieldhouse was about as good as it gets; they would fill 6,000 seats and they were really good in that era.”

Hansen covered the first-ever basketball game in the Spectrum in 1970 against Ohio State.

“It was hard to believe the Aggies had an arena to match any in the nation at the time. And it was thrilling to see 10,200 Cache County people fill the Spectrum regularly. Those BYU and Utah games were unforgettable.”

“The beauty of campus never changes.  The spirit of being an Aggie, I truly believe, sets USU students apart from other schools. It is not a commuter-campus. Even though is has grown so much, everyone seems to be “all in.'”

Many things have changed though.

“First, there used to be a special “smoking” room at the entrance to the Student Union. It was always crowded. And there was a bowling alley in the Student Union, that was a place to be seen and heard.

“Obviously, the number of new buildings over 40 years is striking. But it still retains its small-town charm, in my opinion. Old Main and Old Main Hill are just so identifying.
“The last time I was there the parking situation made me shake my head. It was never that difficult to get a close-in parking space when I was at USU, although it was pretty easy to get a ton of parking tickets in the 1970s as well.
“Also, my fraternity, Sigma Alpha Epsilon, has been closed, as with others on what we called fraternity row. That was such a bustling area and a social gathering place. Sad to see so much of it diminished.”

After graduating from Utah State University, Hansen worked for the Desert News in Salt Lake City, The St. Petersburg Times in Florida, and The Corvallis Gazette-Times in Oregon. He is currently at the Arizona Daily Star as a Sports Columnist. He covers Super Bowls, Olympics, NBA Finals, World Series baseball, Final Fours, Rose Bowls and has “enjoyed all of it.” Hansen says he is glad I was able to get started on that path in Logan.

Hansen said another big change that has happened at USU is the growth of the Journalism Department. 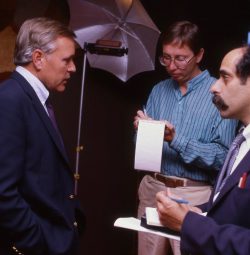 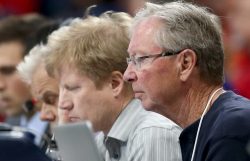 University of Arizona vs. Star in the first half of their Pac-12 game at McKale Center, Thursday, March 1, 2018, Tucson, Ariz. 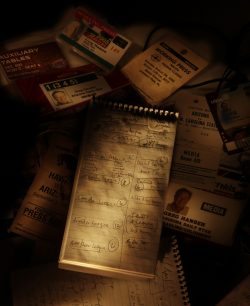